That King v. Burwell has even made it to the Supreme Court becomes even more of a mystery; the cynicism of the case is plainly apparent; even Justice Scalia is reduced to cheap politicking.

Perhaps, then, we ought not be surprised at Ian Millhiser’s report for ThinkProgress, which runs under the lovely title, “The Lawyer Telling The Supreme Court To Gut Obamacare Explained Why He Should Lose In 2012”, should surprise nobody:

On Wednesday, a lawsuit seeking to defund much of the Affordable Care Act appeared to hit a roadblock when Justice Anthony Kennedy expressed concerns that the plaintiffs’ reading of the law is unconstitutional. Though Michael Carvin, the lead lawyer challenging the law, attempted to extract himself from this roadblock, he quickly ran into an entirely different obstacle — his own past writings. 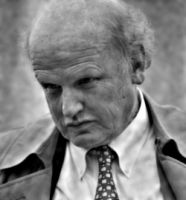 Carvin claims, in a case called King v. Burwell, that Obamacare should be read to deny tax credits that enable millions of Americans to afford health insurance in states that elected not to set up their own health exchange (under the Affordable Care Act, states have “flexibility” to decide whether to set up their own exchange or to allow the federal government to do so). During oral arguments on Wednesday, however, several justices raised concerns about the catastrophic damage Carvin’s reading of the law could inflict on those states’ insurance markets ....

.... Carvin tried to downplay the risk that consumers would simply stop buying plans in the law’s health exchanges if the tax credits were cut off, claiming that these consumers would still be attracted to exchange plans by the fact that the exchanges offer “one-stop shopping” for people looking to buy insurance. He also claimed that Congress wasn’t worried about the risk of death spirals if the tax credits get cut off. According to Carvin, “there’s not a scintilla of legislative history suggesting that without subsidies, there will be a death spiral.”

But Carvin himself sang a very different tune three years ago. Indeed, Wednesday was not the first time he’s stood in the well of the Supreme Courtroom and asked the justices to gut the Affordable Care Act. Carvin was also one of the lead attorneys in NFIB v. Sebelius, the first Supreme Court case attacking the law.

In a brief filed in NFIB, Carvin explained that “[w]ithout the subsidies driving demand within the exchanges, insurance companies would have absolutely no reason to offer their products through exchanges, where they are subject to far greater restrictions.” And, contrary to his more recent suggestion that Congress never envisioned any danger if the tax credits are cut off, Carvin wrote in 2012 that “the insurance exchanges cannot operate as intended by Congress absent those provisions.”

In a subsequent brief, Carvin elaborated that “the federal subsidies are the incentive to participate in the exchanges, and without those subsidies, there will be no mechanism to sustain the exchanges.” He also seemed to contradict his central claim that different states are treated differently depending on whether their exchange is operated by a state or the federal government. The Affordable Care Act, according to the Michael Carvin of 2012, “enables uniform and acceptable federal premium subsidies”.

There is, with the conservative argument, a frequent challenge that arises when this week’s talking points contradict last week’s. Even in this context, though, it seems rather quite bold for an attorney to stand in front of the Supreme Court and argue the exact opposite of what he filed last time. The justices did not let the occasion pass without comment; Justice Sotomayor noted the difference, and Chief Justice Roberts suggested, based on the outcome last time, “maybe it makes sense that you have a different story today?”

Millheiser notes that being a lawyer brings different expectations; this is circumstantially unfortunate though not open juristic hypocrisy. Still, though, Justices Scalia, Kennedy, Thomas, and Alito all signed onto a dissent in NFIB that embraced Carvin’s 2012 argument. That is, “four of the Court’s conservative members” agreed with Carvin last time. One wonders if Justice Scalia is a contortionist, because, frankly, his decision in favor of the King plaintiffs would indeed be something to see.

But think about it for a moment: Four justices, including the three hardline conservatives―Scalia, Thomas, and Alito―explicitly embraced Carvin’s argument last time, which is the functional opposite of the current linchpin.

To the one, it seems the argument was over before it started. That Mr. Carvin is the one to do it, and stands to lose to his own prior failure, is merely the sort of irony that brightens the overcast.

Yes, this is really happening.

Image note: Attorney Michael Carvin, who argued King v. Burwell before the Supreme Court of the United States in March, 2015, on behalf of plaintiffs hoping to overturn the Affordable Care Act, in an undated photo. (Image credit: AP/Pablo Martinez Monsivais)

Millhiser, Ian. “The Lawyer Telling The Supreme Court To Gut Obamacare Explained Why He Should Lose In 2012”. ThinkProgress. 5 March 2015.