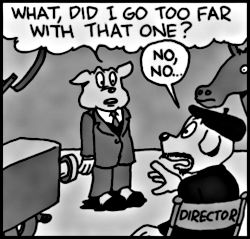 Nonetheless, it’s probably still a good question. You know how it goes. 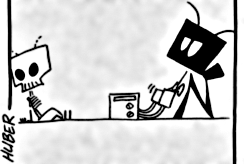 These are the times that try the soul; a silence in the chest that stretches like an echo of its own nothingness through which we wander groping at the murk until at last there rises that next pulse of life.

We ask ourselves, “Do I really want to know?”

Okay, can of corn.

Steve Benen notes, well, among other things worth noting:

On NBC’s “Today” show yesterday morning, the Kentucky Republican told Matt Lauer that he signed on to the sabotage letter because he wanted to “strengthen the president’s hand.”

If there’s a way to see this as a coherent argument, I can’t think of it. Rand Paul thought it would strengthen Obama’s hand at the negotiating table if Republicans told Iranian officials not to trust or cooperate with Obama?

I’m surprised it took them this long.

On Monday, Daniel W. Drezner of Tufts University thus concluded his analysis of the fiasco for the Washington Post:

So, to sum up: Republican senators are trying to scuttle the negotiations with Iran. But not only do I think it won’t work, it might paradoxically help Obama.

It only took Mr. Paul a couple days beyond the requisite five seconds to figure out how to float this particular point as an excuse. They should have tried it sometime before the bit about the White House having no sense of humor.