The setup, here, is not particularly complex. We can start with blaming Democrats after the collapse of #Trumpcare, which apparently failed to be #SomethingTerrific. It seems a reliable first instinct for Republicans; that is, as Steve Benen notes:

When Donald Trump’s Muslim ban failed miserably in the courts, the president was quick to assign blame—to everyone but himself. Now that the health care plan Trump wanted has also collapsed, he’s desperate to avoid responsibility, though he seems unsure who to point the finger at first.

Trump’s first instinct, evidently, was to call the Washington Post to blame Democrats.

And if the president seems to be engaging in that weird Republican sense of sport by which one simply says enough wrong that there is no reasonable way to address every problem, well, right, he is. That is to say, here we all are a few weeks later, and Mr. Trump is still upset that Democrats won’t do Republicans’ jobs for them. Again, Benen:

The confused president was nevertheless convinced that Democrats should’ve helped him destroy the most significant Democratic accomplishment since Medicare—because Trump said so. Indeed, despite the White House’s previous claims that Republicans would shift their attention towards tax reform, Trump told the Wall Street Journal yesterday that he not only remains focused on health care, he’s also considering a new hostage strategy to force Democrats to give him what he wants.

In an interview in the Oval Office, Mr. Trump said he was still considering what to do about the payments approved by his Democratic predecessor, President Barack Obama, which some Republicans contend are unconstitutional. Their abrupt disappearance could trigger an insurance meltdown that causes the collapse of the 2010 health law, forcing lawmakers to return to a bruising debate over its future.

“Obamacare is dead next month if it doesn’t get that money,” Trump said, referring to cost-sharing reductions. “I haven’t made my viewpoint clear yet. I don’t want people to get hurt…. What I think should happen and will happen is the Democrats will start calling me and negotiating.”
In other words, when the president says he doesn’t “want people to get hurt,” he means he will start hurting people by sabotaging the American health care system unless Democrats take steps to satisfy his demands.

This is a terrible habit. That is, we all know Donald Trump likes a bit of the tough-guy, wannabe mafioso bluff, but he is President of the United States of Amerca, and should not be seen threatening extortion over legislation, full stop.

END_OF_DOCUMENT_TOKEN_TO_BE_REPLACED

“I am opposed to gay marriages on religious grounds, and my conscience will not allow me to sign off on marriage certificates for gay couples. People should not have to violate their conscience to run or to serve.”

Why do I have a song stuck in my head? 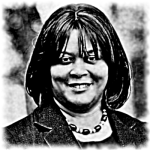 Evan Brandt, for The Times Herald:

Statements by Pottstown Mayor Sharon Thomas in the usually sleepy race for register of wills have once again put Montgomery County in the spotlight in Pennsylvania’s debate about same sex marriage.

Thomas, a Republican, told The Intelligencer newspaper that she will not personally issue any same sex marriage licenses if she wins the race against incumbent Democrat D. Bruce Hanes.

Instead, as in the now-famous case of Kim Davis, the Kentucky clerk who spent five days in jail after defying a court order to issue same-sex licenses, Thomas said she will seek court permission to allow the licenses to be issued by a subordinate.

“I am opposed to gay marriages on religious grounds, and my conscience will not allow me to sign off on marriage certificates for gay couples,” Thomas, an ordained minister who is serving her second nonconsecutive term as Pottstown’s mayor, told The Intelligencer. “People should not have to violate their conscience to run or to serve.”

Thomas said, “I am not an obstructionist and will not force my values on others.”

There is a joke about Republicans and the idea that government does not or cannot work; why would anybody hire the applicant who says that about a job? In the twenty-first century, however, we need not be surprised that the punch line becomes a real campaign plank. That is to say, it’s kind of a one-turn maze; the punch line exists because it is reliable enough. To the other, this is something of an escalation.