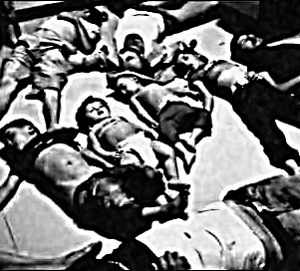 We can certainly admit that it’s a hell of a lede:

The United States said Monday that it had completed the destruction of the deadliest chemical weapons in Syria’s arsenal, a rare foreign policy achievement for President Obama at a time when the Middle East is embroiled in violence and political turmoil.

Oh, yeah. Remember that? Syria? I suppose we could use some good news. Or maybe we’re too busy botching Star Trek jokes.