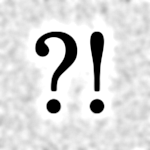 Our new poll finds that Trump is benefiting from a GOP electorate that thinks Barack Obama is a Muslim and was born in another country, and that immigrant children should be deported. 66% of Trump’s supporters believe that Obama is a Muslim to just 12% that grant he’s a Christian. 61% think Obama was not born in the United States to only 21% who accept that he was. And 63% want to amend the Constitution to eliminate birthright citizenship, to only 20% who want to keep things the way they are ....