On Sept. 7, President Trump woke up in Billings, Mont., flew to Fargo, N.D., visited Sioux Falls, S.D., and eventually returned to Washington. He spoke to reporters on Air Force One, held a pair of fundraisers and was interviewed by three local reporters.In that single day, he publicly made 125 false or misleading statements — in a period of time that totaled only about 120 minutes. It was a new single-day high.

That such grotesque dishonesty is precisely what Trump voters wanted makes its own point. Steve Benen noted, yesterday, in consideration of yet another Trump administration travel scandal, “If you voted for the Republican ticket in 2016 because you hoped to avoid four years of ethics controversies, I have some very bad news for you.” The upside for those voters is that nobody really voted for Donald Trump in hope of avoiding a scandal-ridden presidency. To the other, or, rather, toward the more useful, we might wonder when it will be acceptable to stop pretending this was ever about anything other than graft and supremacism.

This couldn’t have waited until tomorrow?

Striding into history, Hillary Clinton will become the first woman to top the presidential ticket of a major U.S. political party, capturing commitments Monday from the number of delegates needed to win the Democratic nomination.

It seems for the moment this development has any number of people puzzled. On msnbc, Chris Hayes, Rachel Maddow, and Andrea Mitchell all offered double-takes over the timing. While it is certainly possible to understand a certain notion, that these superdelegates decided to start wrapping up the Democratic Show in favor of turning to the Big Show, the idea that professional political hands couldn’t see the problem with the timing is problematic. Then again, maybe they didn’t coordinate. We might note this isn’t like when South Dakota upped its prestige a notch when its superdelegates decided to clinch the nomination for Donald Trump. Right now, as far as we can tell, of the ninety-five Democratic superdelegates who had yet to commit publicly during repeated inquiries over the last seven months, some did this time around, and AP just happens to be able to turn its eye to history, scooping the candidate herself.

END_OF_DOCUMENT_TOKEN_TO_BE_REPLACED

We should not be surprised that anti-abortion terrorists are offering bounties.

Laura Bassett of Huffington Post gets the unfortunate duty of explaining:

According to abortion rights advocates, Joseywhales’ post is just one example of an alarming spike in death threats and violent acts against abortion providers, clinics and companies that work with them since the undercover videos of Planned Parenthood were released. Two Planned Parenthood clinics have reported arsons, anti-abortion protesters are showing up in large numbers at doctors’ homes, and commenters on conservative websites and online forums are calling for the bombings of abortion clinics across the country, according to Vicki Saporta, president of the National Abortion Federation. Saporta is so alarmed by the escalation of threats against providers that she asked the U.S. Department of Justice and the Federal Bureau of Investigations to intervene.

“In my 20 years at NAF, I have never seen such a volume, intensity and escalation of hate speech, threats and criminal activity, and we would like to prevent a serious violent act from occurring,” she told The Huffington Post in an interview. “We have enlisted law enforcement’s help.”

If history is any indication, death threats against abortion providers should be taken seriously. Two abortion doctors have been murdered during Saporta’s tenure at NAF: Dr. George Tiller in 2009 and Dr. Barnett Slepian in 1998. Slepian was shot in his home after returning from synagogue, and Tiller was shot in the head while attending church services on a Sunday morning.

Saporta had worked with them both.

And that’s the problem; it easily sounds like the kind of big talk many enjoy around the internet, a manner of vice and hatred that allows one to feel better for ephemeral and illusory sensations of empowerment.

But there is history.

“I’ll pay ten large”? Yeah, it sounds like someone has been watching too much television, or something. That a certain business executive “should be hung by the neck using piano wire and propped up on the lawn in front of the building with a note attached”? Yes, at some point it is problematic that this is what a person so needs to say in order to feel better about life, the Universe, and everything, otherwise known as self.

Except for the fact that we know where this goes. Arsons and shootings and even that weird aspiring mass murderer in Wisconsin a few years ago.

END_OF_DOCUMENT_TOKEN_TO_BE_REPLACED

“As soon as I adopt that quitting attitude, I’ll have it for the rest of my life.”

Talk about burying the lede.

Okay, time out: This probably means more to me than it does to you. A’ight?

The Louisiana high school football playoffs opened last Friday, but it hardly felt encouraging as the East Iberville Tigers boarded a bus for a five-hour ride north toward certain defeat. The team was 0-10 for a second consecutive season, so overmatched that four players decided not to make the trip.

The inclusion of winless teams in the playoffs is an unintended consequence of a much-debated action that Louisiana’s principals took before the 2013 season to split public and private schools into separate playoff tournaments for football.

Each state is left to make its own bylaws. In a number of states, the football playoffs have expanded for several reasons: tension between public and private schools over recruiting and scholarships, inclusivity and aligning football with the postseason tournaments in other sports.

One result is that teams with losing records routinely enter the playoffs because there are not enough competitive teams to go around. A quick survey found winless teams in the 2014 postseason from Texas, New Jersey, Utah, South Dakota and Missouri. Virginia had two playoff teams with 1-9 records.

There is so much wrong in those paragraphs that it is hard to know where to begin. This is not necessarily a result of Longman’s reporting; rather, the buried lede speaks more of our society. To that end, we might make snide remarks about market demand, but that would only further obscure what really is a very, very important issue.

Let us return to the second paragraph:

Please tell me this paragraph is a joke.

END_OF_DOCUMENT_TOKEN_TO_BE_REPLACED

We might for a moment pause to recall 2010. Republicans achieved a majority in the U.S. House of Representatives, but the real story was in the state houses, where the GOP made astounding gains by hammering away at the economic instability their Congressional partners worked so hard to create.

And then they tacked away from jobs. As Rachel Maddow memorably put it, “Jobs, jobs jobs … j’abortion”. State-level Republicans passed record numbers of anti-abortion bills, knowing that most of them were unconstitutional. And it is certainly an old conservative scheme, to tilt windmills, lose, and then bawl that the sky is falling because the Constitution is Sauron and Democrats and liberals the armies of Mordor.

With many predicting a Republican blowout in the 2014 midterms, some are looking ahead to figure out just what that will means in terms of policy and governance. And some of those are Republicans.

Yet there is a week left; perhaps this isn’t the best time to be telegraphing the Hell they intend to call down upon the Earth.

Or, as Lauren French and Anna Palmer of Politico explain:

Conservatives in Congress are drawing up their wish list for a Republican Senate, including “pure” bills, like a full repeal of Obamacare, border security and approval of the Keystone XL pipeline — unlikely to win over many Democrats and sure to torment GOP leaders looking to prove they can govern.

Interviews with more than a dozen conservative lawmakers and senior aides found a consensus among the right wing of the Republican Party: If Republicans take the Senate, they want to push an agenda they believe was hamstrung by the Democratic-controlled chamber, even if their bills end up getting vetoed by President Barack Obama.

Their vision could create problems for congressional leaders who want to show they aren’t just the party of “hell no.” And while conservatives say they agree with that goal, their early priorities will test how well John Boehner and Mitch McConnell can keep the party united.

END_OF_DOCUMENT_TOKEN_TO_BE_REPLACED

The story so far: There is a war on, in case you hadn’t heard. Except it’s not a war, because Congress has not declared one, and sees no need to consider the question before the upcoming midterm election. Say what you will, but it’s Congress.

We heard earlier this month from Sen. John Thune (R-SD) and others about how the Senate GOP intended to run out the clock before the midterm elections; a week ago, Speaker Boehner (R-OH) simply closed shop in the House of Representatives, getting his caucus out of town after eight working days in order to spend the subsequent fifty-four calendar days hiding from tough votes. And he did this on the same day he complained about how the unemployed have a sick idea that they would rather just sit around.

So, right. There’s a war on. Sort of. And Congress has no intention of doing anything more than rubber-stamping an existing covert program. Republicans, especially, will get back to complaining but refusing to face votes after the midterm election.

Right. There’s this, from Carl Hulse of The New York Times:

With American airstrikes in Syria continuing, Speaker John A. Boehner is increasingly convinced that Congress must hold a full debate on granting President Obama the authority to use military force against terrorists.

“I have made it clear that I think the House and the Congress itself should speak,” the speaker said in an exclusive, wide-ranging interview with First Draft.

But Mr. Boehner believes a post-election, lame-duck session is the wrong time for such a weighty decision.

“Doing this with a whole group of members who are on their way out the door, I don’t think that is the right way to handle this,” he said.

Mr. Boehner, who is open to a more expansive military campaign to destroy the Islamic State, thinks lawmakers should take up the issue after the new Congress convenes in January.

At that time, he said, President Obama should come forward with a proposal for consideration. 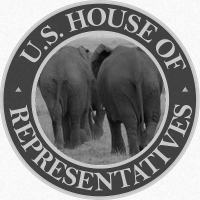 So there’s a war on. Kind of. But that question can wait until next year.

The Speaker offers a rather damning indictment of Congress. No wonder the American people have no faith in their legislative branch; the Speaker of the House has no faith in it, either.

And that is about the kindest interpretation of Boehner’s disgraceful Speakership we might distill from this latest episode.