For the record, freedom poodle is probably far too obscure for generations unable to recall the last time a Republican administration took the ship of state out for a cruise and smashed our foreign policy on the rocks.

As Russia’s virtual war against the United States continues unabated with the midterm elections approaching, the State Department has yet to spend any of the $120 million it has been allocated since late 2016 to counter foreign efforts to meddle in elections or sow distrust in democracy. 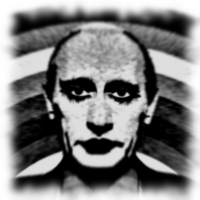 As a result, not one of the 23 analysts working in the department’s Global Engagement Center—which has been tasked with countering Moscow’s disinformation campaign—speaks Russian, and a department hiring freeze has hindered efforts to recruit the computer experts needed to track the Russian efforts.

The delay is just one symptom of the largely passive response to the Russian interference by President Trump, who has made little if any public effort to rally the nation to confront Moscow and defend democratic institutions. More broadly, the funding lag reflects a deep lack of confidence by Secretary of State Rex W. Tillerson in his department’s ability to execute its historically wide-ranging mission and spend its money wisely.

Mr. Tillerson has voiced skepticism that the United States is even capable of doing anything to counter the Russian threat.