Too many punch lines. Too late for coffee. 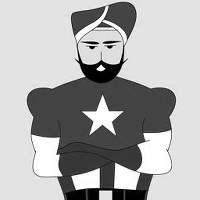 • A response to madness.

The phrases were intended to invoke a cultural split whereby the wholesome, Christian states in between the coasts are under constant assault by anti-Christian elites in coastal metropolitan centers.

Which, in turn, makes it really easy to poke fun at “Middle American” and “traditional family” values. And that aspect begs a specific question: What part of these “values” demands abject cruelty?

The writing is on the wall for gay marriage bans in Kansas, Montana and South Carolina after federal appeals courts that oversee those states have made clear that keeping gay and lesbian couples from marrying is unconstitutional.

But officials in the three states are refusing to allow same-sex couples to obtain marriage licenses without a court order directing them to do so. It could be another month or more before the matter is settled.

In a political campaign debate Monday, Kansas Gov. Sam Brownback vowed to defend his state’s constitutional amendment defining marriage as between a man and a woman. A federal court hearing is scheduled for Friday.

There seems little doubt that U.S. District Judge Daniel Crabtree ultimately will set aside the state’s gay marriage ban. That’s because the 10th U.S. Circuit Court of Appeals, encompassing Kansas and five other states, has said a state may not deny a marriage license to two people of the same sex.

According to John Eastman of the National Organization, while it is true that heterosupremacism has reached the end of its rope, refusing to respect a federal court “remains a viable option”.

And what does that mean to Mr. Brownback? Apparently, it means he will not perform his duties except under court order.

But why? How does one justify such dereliction of duty?

END_OF_DOCUMENT_TOKEN_TO_BE_REPLACED

Charles Lipson is a walking fallcy, a professor of political science who prefers to use that credential that he might promote crackpot theses that ignore the details. To wit:

When presidents become unpopular, they are no longer welcome on the campaign trail. They’re trapped in Washington, watching their party abandon them. It happened to Lyndon B. Johnson, whose presidency collapsed amid protests over Vietnam. He left Washington only to visit his Texas ranch and assorted military bases, where he gave patriotic speeches to silent battalions. Richard Nixon, drowning in Watergate, was confined to Camp David and a few foreign capitals, where he was greeted as a global strategist. Jimmy Carter, crushed by the Iranian hostage crisis and a bad economy, stopped traveling beyond the Rose Garden.

Now, the same oppressive walls are closing in on President Barack Obama. He is welcome only in the palatial homes of Hollywood stars and hedge-fund billionaires or the well-kept fairways of Martha’s Vineyard.

Well-written, indeed, if it was listed as fiction. But it’s not, and that means it’s a fraud.

The simple fact is that President Obama is avoiding states where Democrats are running competitively but against the odds. To wit, why would Alison Lundergan Grimes want President Obama onstage with her? She’s running against one of the most powerful Republicans in the country, Sen. Mitch McConnell, the Senate Minority Leader who has so botched his handling of the Senate Republican Conference that Grimes can even run close.

Lipson’s criticism about palatial homes is unusual; most political science professors would suggest it very unwise to ignore rich donors during an election season, but Lipson would prefer you believe otherwise because it helps his poisonous narrative. Christopher Keating noted that Obama’s second trip to Connecticut in a week—a scheduled rally—was cancelled because, well, he’s the president and has a job to do. You know, ebola and all that. The palatial home Lipson refers to would appear to be in Greenwich, where Obama spoke at a fundraiser for Gov. Malloy.

One wonders what the political science would say of someplace like Kansas? Would the president’s presence in the Sunflower State help or hurt Democratic gubernatorial challenger Paul Davis? Given that the incumbent Republican presently has the slightest edge in an otherwise dead heat (less than a percent), the question might be how Gov. Sam Brownback found himself in such a weakened position that he must actually face the possibility of losing. Then again, it’s not much of a question: Brownback and his Republican allies have wrecked the states finances.

In that context, it’s hard to lose faith in Obama if one never had any.

END_OF_DOCUMENT_TOKEN_TO_BE_REPLACED

It was not so long ago that Don Gonyea of NPR filed a report on the gubernatorial race in Kansas:

This isn’t your typical incumbent-in-trouble story, though. In office, Brownback has done exactly what he said he would. But many, many voters aren’t happy, including a lot of Republicans.

.... Some of the loudest complaints have come from moderate Republicans. This summer, 104 Republicans — current and former Kansas officials — held a press conference to endorse Davis.

Brownback’s problem is that in fulfilling his promise to alter the state’s financial structure, he failed to fulfill the other part of his promise, that doing so would help Kansas.

In the first gubernatorial debate recently at the Kansas State Fair, Brownback addressed the state’s economic issues. “Our unemployment rate is 4.9 percent. We have a record number of Kansans working. We have the fastest-growing economy in the region and more new business created than ever in the history of the state,” he said.

But Democrat Paul Davis countered with a darker view of things, saying the deficit is projected to hit $1.3 billion in five years.

“Our credit rating has been downgraded three times. We’re 45th in the nation in new business creation,” Davis said. “In 2013, more businesses closed up shop than opened shop. It’s because we have an economic experiment that isn’t working. Let’s return to a proven Kansas model of growing our economy, and that’s how we’re going to help Kansas.”

Many of Gov. Brownback’s critics foresaw htis outcome. The question is whether or not the hardline Republican can convince voters that, “The sun is shining in Kansas and don’t let anybody tell you any different.”

What about the numbers? Will they say anything different, or will they reveal the sunshine?

Kansas has missed its tax revenue targets again, and the state is in for new fiscal pain as a result.

You may recall that Kansas gained national attention back in June because it had cut income taxes and lost a lot more revenue than lawmakers had anticipated. For fiscal year 2014, which ended on June 30, the state collected $330 million less in taxes than it had forecast, and $700 million less than it had collected in the prior year.

Those are big numbers in a state that spends about $6 billion annually from its general fund, and the revenue weakness led both Moody’s and Standard & Poor’s to cut Kansas’ credit rating this year.