“As soon as I adopt that quitting attitude, I’ll have it for the rest of my life.”

Talk about burying the lede.

Okay, time out: This probably means more to me than it does to you. A’ight?

The Louisiana high school football playoffs opened last Friday, but it hardly felt encouraging as the East Iberville Tigers boarded a bus for a five-hour ride north toward certain defeat. The team was 0-10 for a second consecutive season, so overmatched that four players decided not to make the trip.

The inclusion of winless teams in the playoffs is an unintended consequence of a much-debated action that Louisiana’s principals took before the 2013 season to split public and private schools into separate playoff tournaments for football.

Each state is left to make its own bylaws. In a number of states, the football playoffs have expanded for several reasons: tension between public and private schools over recruiting and scholarships, inclusivity and aligning football with the postseason tournaments in other sports.

One result is that teams with losing records routinely enter the playoffs because there are not enough competitive teams to go around. A quick survey found winless teams in the 2014 postseason from Texas, New Jersey, Utah, South Dakota and Missouri. Virginia had two playoff teams with 1-9 records.

There is so much wrong in those paragraphs that it is hard to know where to begin. This is not necessarily a result of Longman’s reporting; rather, the buried lede speaks more of our society. To that end, we might make snide remarks about market demand, but that would only further obscure what really is a very, very important issue.

Let us return to the second paragraph:

Please tell me this paragraph is a joke.

END_OF_DOCUMENT_TOKEN_TO_BE_REPLACED 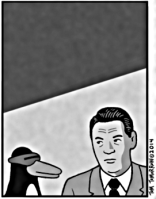 A hollow wind; the light-footed dance of tumbleweeds across a dusty street.

Yes, one of those moments.