Congratulations to Matt Bors, who notes his latest nomination for an Eisner Award, and with with penultimates like this, it’s easy to see why.

Texas Sen. Ted Cruz says he waited until January to begin criticizing Republican rival Donald Trump because he didn’t want to become “roadkill” like other candidates who had challenged the front-runner.

Cruz made the comment Wednesday during a forum hosted by a conservative talk radio host near Milwaukee. It marked Cruz’s first campaign stop in Wisconsin, which holds its primary April 5.

Cruz was asked about a previous statement he made calling Trump “terrific.” Cruz responded by noting that his campaign has had a plan since launching a year ago, and said he needed to build his base of support first and get his record out before drawing contrasts with Trump.

This is the guy who wants us to “trusTed”.

Which, in turn, begs a simple question: Why not?

Vicki Needham of The Hill offers this glimpse:

Sen. Richard Burr (R-N.C.), the chairman of the Senate Intelligence Committee, said that the move could damage vital alliances in the region.

“I think this sends the wrong message to people that have to be part of our partnership for a solution,” Burr said on CBS’s “Face the Nation” on Sunday.

“Yes, it does serve as fuel [for recruitment].”

END_OF_DOCUMENT_TOKEN_TO_BE_REPLACED

Something about Republicans and values and bigotry goes here.

Socially conservative Republicans gathered in Washington this week have their eye on Senator Ted Cruz of Texas for the party’s presidential nod and former neurosurgeon Ben Carson for the Republican vice presidential nominee.

Family Research Council Action, a Christian lobbying group, said on Saturday that more attendees polled at the Values Voter Summit said Cruz, a leader with the Republican’s Tea Party wing, should be the party’s presidential nominee for the November 2016 election.

Cruz, who also won the group’s so-called “straw poll” the previous two years, took 35 percent of the support among the nearly 2,700 summit-goers, followed by Carson with 18 percent, the group said in a statement. Former Arkansas Governor Mike Huckabee got 14 percent and U.S. Senator Marco Rubio of Florida 13 percent.

Carson led among attendees for the vice presidential nod with 25 percent support among those polled, followed by former business executive Carly Fiorina with 21 percent and Cruz with 14 percent, the group said.

Anyway, yeah. Just thought you should know. After all, when it comes to family values, this is what Republicans are actually talking about.

You know. Bigotry as a family value, that sort of thing. And it probably isn’t fair to recall the conservative pitch about bigotry as a virtue of citizenship, since that was Wisconsin Gov. Scott Walker, who dropped out. But was the previous family-values frontrunner. And, you know, it’s pretty clear it’s not the bigotry wrecking these candidates; in this crowd, they give awards for it.

Perhaps former Arkansas Governor Mike Huckabee should consider following Messrs. Perry and Walker through the exit. That is to say, if advocating lawlessness as part of his appeal to be the sworn executor of the laws and protector of the Constitution while crying about Liberty and Justice for All requiring Christian supremacism wasn’t enough, perhaps setting up Steve Benen for this kind of line ought to be the clincher:

On Friday, for example, President Obama nominated Eric Fanning as the next Secretary of the Army. No one has questioned Fanning’s qualifications, but GOP presidential hopeful Mike Huckabee condemned the nomination because Fanning is gay. “It’s clear President Obama is more interested in appeasing America’s homosexuals than honoring America’s heroes,” the Republican said, adding, “Homosexuality is not a job qualification. The U.S. military is designed to keep Americans safe and complete combat missions, not conduct social experiments.”

It’s an “Archie Bunker” posture in a “Modern Family” world.

Yeah, thanks, Steve! Something about low hanging fruit goes here. To the other, why would Mr. Benen not? You don’t get excuses to throw out stupidly predictable jokes like that every day, no matter how hard Republicans might try.

The Ted Cruz Show is just getting underway, but we’ve had a few years to preview what comes next. Nonetheless, the Texas junior does provide some new material; it’s not all a rehash. To wit, BoingBoing brings the first logo controversy of the 2016 cycle for the flaming American flag that resembles the Al Jazeera marque.

And if that isn’t enough of an omen, how about the ringing non-endorsement from the Sen. John Cornyn, the Texas senior: “You know, we’ve got a lot of Texans who are running for president, so I’m going to watch from the sidelines.” Manu Raju of Politico tries to explain:

Cornyn denied his position was retribution for Cruz’s refusal to back him during his Senate primary last year.

Cornyn’s position does not come as much of a surprise. The tea party freshman refused to back Cornyn during the senator’s crowded primary race last year, unlike in Kentucky where Paul aggressively campaigned for McConnell last year and backed him during his primary bid. But Cruz insisted he would stay neutral in Cornyn’s primary race, which he easily won.

While Cornyn and Cruz are on friendly personal terms, they have been on the opposite sides on a number of tactical disagreements, including over the 2013 government shutdown fight. And the young Texan consistently bashes the Senate leadership team where Cornyn serves in the second-ranking spot.

While such public endorsements may not move voters in early states like Iowa or New Hampshire, the backing of powerful members of Congress can help upstart candidates tap vast donor networks. Cornyn has built a deep campaign war chest after running three times in an expensive state like Texas as well as chairing the National Republican Senatorial Committee in two straight cycles.

“Nope,” Cornyn said when asked if he would lend his financial support to Cruz. “You got a lot of people involved, and I don’t see any benefit to them or to me.”

END_OF_DOCUMENT_TOKEN_TO_BE_REPLACED 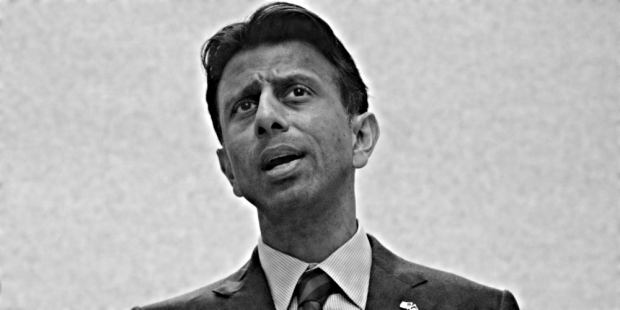 There comes a point when being a scientist might have certain advantages; if you need some time away from people, just go. When they ask where you’ve been, just say you were running an experiment. When they ask what it was, just shake your head like you’re annoyed and mutter that it didn’t work out. There are all sorts of ways to justify this as not being a lie, but we’ll skip the joke about the effects of repeated physical exertion during cinematic experience. Besides, Reubens established a result of some sort, decades ago, and it would be counterproductive to get arrested testing the reliability of that one.

Excuses aside, it is also true that the month before and after Christmas can be especially trying, and while most suggest a thing or two about sunlight in this region, it is unclear whether the application of the Seasonal Affective proposition is appropriately oriented.

Still, though, speaking of professional wankers:

You know what Bobby Jindal said about Muslim “no-go zones” in Europe, a statement that resulted in Jindal being criticized and mocked by mainstream commentators? It turns out many social conservatives in Iowa really liked it. To them, Jindal was warning about the danger of enclaves of unassimilated Muslim populations in an age of Islamic radicalism, a problem they fear could be in store for the United States. Jindal, who is himself the model of an assimilated American from an immigrant family, not only did not suffer from his remarks but instead benefited from them.