When you need good news, there is no better place to look than bad news, because then pretty much any news that isn’t all that bad of bad news starts sounding like good news. 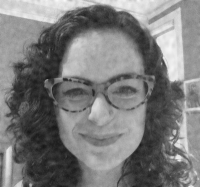 Anything we might add, at this time, would only … never mind. Shutting up, now.

There are a number of lectures that many might suggest go here, but virtually all of them are actually unnecessary, and thereby condescending.

You might recall that recently we noted that a woman had to shame the Seattle Police Department into doing their jobs, and how when they finally did they figured out they were looking for a serial sex offender.

A level 3 sex offender whose alleged groping of a Seattle woman on Oct. 12 resulted in a social media campaign to have police investigate the incident may be responsible for more than a dozen similar incidents, police said.

Seattle police on Tuesday said that more than a dozen women have contacted the Sexual Assault Unit to report that they had been groped by the same man, said department spokesman Drew Fowler. “Twelve to fourteen women have come forward to say that he also groped them,” said Fowler.

We owe great thanks to Julia Marquand, whose courageous efforts finally spurred the Seattle Police Department into doing their damn jobs.

And as to the lectures? There’s really only one left, and it’s pretty short:

Do your damn jobs, for once. You know, as opposed to bawling because you can’t be criminals.

The Seattle Police Department is an embarrassment not only to the Emerald City and Evergreen State, but to the police officers and departments, indeed the mere idea of the police, everywhere.

The idea that one must embarrass a police department into doing its job might seem … what, shocking? Distressing? Ridiculous? (gulp!) Normal?

Marquand decided to file a police report since she had the man’s photo and thought the incident should be on the record.

But when she went to the Seattle Police Department’s West Precinct and asked to make a report, the female officer at the front desk seemed uninterested and told Marquand it was unlikely the man could be charged.

The officer, however, took down the basic details.

“Then she asked me to describe his appearance and I’m like, ‘But I have the photo right here, do you want to see it at least?’ and she didn’t even want to see it,” Marquand said.

She finally persuaded the officer to look at the photo.

Marquand came away from the encounter completely dissatisfied. That’s when she decided to turn to social media.

On Monday, she posted the man’s photo on her Twitter and Facebook accounts, saying, “This dude groped me in Seattle yesterday. Cops didn’t want the pic.”

Within a few hours, Seattle police contacted Marquand and said her case, along with the alleged groper’s photo, had been assigned to a detective.

Police spokesman Drew Fowler said Tuesday it wasn’t the tweet itself that caused police to re-evaluate her case, but rather it alerted the department to a “deficiency” in the way her case was handled.

The litany of shame surrounding the Seattle Police Department is obscene.