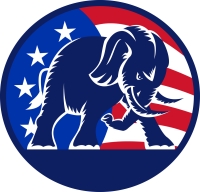 There are, of course, dramatic interpretations waiting for the pundits to pounce, but four House Appropriations chair assignments last week include the sort of trivia that actually tell us a bit about how our government works. David Hawkings of Roll Call detailed some of the significant aspects of the four assignments brought on by two resignations and the passing of Rep. C.W. Bill Young (FL-13):

The altered assignments mean a changed membership for one-third of the group known all over Capitol Hill as the college of cardinals. The allusion to the power players of the Catholic Church is not only because of the significant unilateral power these chairmen have to reward or restrict federal agencies through subtle tugs on the federal purse strings. It also refers to their somewhat secretive code of conduct for rewarding colleagues in both parties who embrace the panel’s spending culture — and punishing those who don’t.

This latter code has frayed somewhat since earmarking became verboten and the GOP majority unified behind the goal of cutting the discretionary part of the budget that appropriators control. But it still remains solidly in force at the margins. And so — if a comprehensive omnibus spending package is going to be written to dictate spending for the 35 weeks after Jan. 15, when the current continuing resolution expires — the four new and repositioned chairmen, along with their eight colleagues, will each be called on to quickly bless hundreds of small trade-offs and compromises.

“Being an Appropriations cardinal is an incredibly important job with great responsibility,” said Chairman Hal Rogers of Kentucky, because lawmakers must be “responsible and pragmatic leaders who get the job done.” That’s a rare characteristic in the total-budget-breakdown era of the moment.