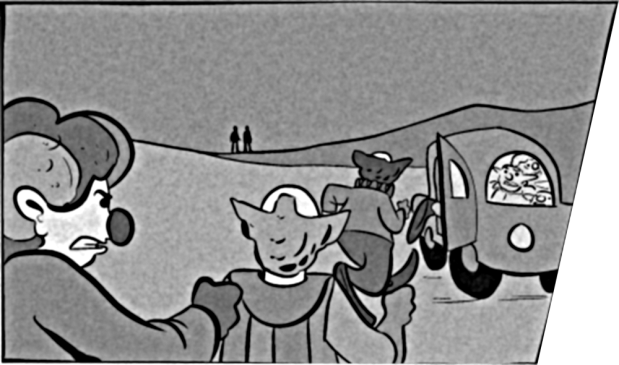 Nine candidates would be a big field under any circumstances, but in this case, just the governors alone―Bush, Christie, Gilmore, Huckabee, Kasich, Jindal, Pataki, Perry, and Walker―had enough to field a baseball team. Add Democratic governors to the mix―O’Malley and Chafee―and the number swells to 11.

And at a certain level, this is understandable. For many in both parties, it’s long been assumed that governors have the edge in the party’s nominating contests, in part thanks to history―Reagan, Carter, Clinton, W. Bush, Romney, et al―and also because of the nature of the job. Being the chief executive of a state, the theory goes, offers ideal training for being the chief executive in the White House. Governors learn how to manage and respond to crises. They learn how to oversee a massive, bureaucratic team, while working opposite a legislature. They learn how to lead.

How many sitting GOP senators have ever been elected to the White House? Only one. It was Warren Harding, who was elected nearly a century ago. This is hardly accidental―Americans tend to hate Congress, so they don’t necessarily look to Capitol Hill for national leaders.

And yet, here we are. Two of the most experienced candidates of the cycle―Rick Perry and Scott Walker, both governors―have already quit (as has Lincoln Chafee). George Pataki and Jim Gilmore were excluded from the debates altogether this week, while Chris Christie and Mike Huckabee were relegated to the kids’ table, where they joined Bobby Jindal. Jeb Bush and John Kasich made the prime-time stage, but both are struggling badly. The latter faced booing.

This is actually important in its own right; in an anti-institutional year when career politicians who achieve governorships are actually being viewed as career politicians, the landscape really does seem strange from an unradicalized perspective. Indeed, how strange might we now find the recollection that back in April, even Sen. Ted Cruz (R-TX) was pitching for senators against governors in the presidential context. Even in unhinged quarters, gubernatorial experience was actually respected earlier in this cycle.

With a flaccid RNC and impotent Congressional leadership, the anti-institutional movement driving Donald Trump and Ben Carson to the top of the polls would seem to get the nod: Ladies and gentlemen, this is your Republican Party.

Nor might we begin to speculate at what that means. Still, as Phillip Rucker and Robert Costa of the Washington Post explore the now perpetual chatter of growing discomfort and even “panic” among establishment Republicans, it is hard to fathom the idea that even in the GOP, this is starting to become an American existential question:

The apprehension among some party elites goes beyond electability, according to one Republican strategist who spoke on the condition of anonymity to talk candidly about the worries.

“We’re potentially careening down this road of nominating somebody who frankly isn’t fit to be president in terms of the basic ability and temperament to do the job,” this strategist said. “It’s not just that it could be somebody Hillary could destroy electorally, but what if Hillary hits a banana peel and this person becomes president?”