This is the rule: You are not allowed to feel surprised at the state of things.

We’ve arrived at the sad, dumb point in history at which the only thing less surprising than acts of mass violence are the ways in which our planet’s mega information distributors muck everything up with ensuing frauds, hoaxes, and confusion. The problem is thoroughly identified: Facebook, Google, and, to a lesser extent, Twitter have the quality control of a yard sale and the scale of a 100,000 Walmarts. But despite all our railing and shaming, these companies have a major disincentive to reform: money.

In the wake of yet another American massacre, this time in Las Vegas, media scrutiny is aimed once more at Facebook, Google, and Twitter, for the same old reasons. The sites, time after time, and this time once more, served up algorithmic links to websites peddling deliberate lies and bottom-feeder misinformation. These companies provided an untold mass of online users with falsehoods posing as news resources, as is completely normal now and only noteworthy because it was pegged to a heinous national tragedy. The discussion will now swing from “This is bad” to “What can be done?”, and we can expect all the typically empty pro forma reassurance from Silicon Valley public relations offices. Don’t expect much more.

END_OF_DOCUMENT_TOKEN_TO_BE_REPLACED

A year and a half after a city panel recommended that four Confederate-linked monuments be removed or altered, Mayor Catherine Pugh decided Tuesday to take them all down — and then watched as crews worked into early Wednesday to tear them from their pedestals.

“We moved quickly and quietly,” Pugh said. “There was enough grandstanding, enough speeches being made. Get it done.”

Pugh said crews removed the monuments unannounced and under cover of darkness between 11:30 p.m. Tuesday and 5:30 a.m. Wednesday in the hope of avoiding the potential for a violent conflict similar to the one Saturday in Charlottesville, Va.

It seems to be going around. On Sunday, Vox spread the word:

White nationalists descended on Charlottesville, Virginia, on Friday and Saturday to protest the city’s decision to take down Confederate monuments. But not only have the protests done nothing to change Charlottesville’s mind on this issue, it’s apparently prompted at least one other city to speed up action to remove its Confederate statues as well.

Mayor Jim Gray of Lexington, Kentucky, made the announcement on Twitter on Saturday ....

Meanwhile, the mayor of Birmingham, Alabama, is seeing fit to challenge his state’s law to protect Confederate monuments. Furthermore, an abysmal white supremacist website that last year named suspected Jews and urged people to “take action” has fled to hidden quarters of the web after major hosting services rejected them, and the notorious neo-Nazi celebrity whose Nazi salutes and praise for Hitler raised controversy that led the newspaper to so openly target Jews is among many alt-right heroes cut off by PayPal after their problematic relationship with the company’s Acceptable Use Policy became unavoidably apparent. And just to make the point, a lede tells us, “At least four people have lost their jobs and several more are under scrutiny following the violent white supremacist rally in Charlottesville”.

END_OF_DOCUMENT_TOKEN_TO_BE_REPLACED 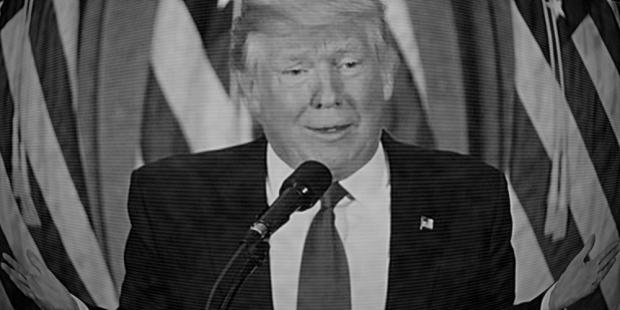 “I assume ‘let’s blame Obama’ will become a popular rallying cry in far-right circles, because it’s vastly easier than dealing with the facts.”

It is not quite correct to ask who is surprised. In truth, nobody ought to be surprised. Still, though, if we inquire, for the sake of some decent societal form, what brought on Mr. Benen’s line, well:

This week, the president has moved on to a new explanation: this is all Obama’s fault. USA Today reported this morning:

President Trump said that former president Barack Obama is “behind” the angry protests that have erupted at Republican town halls around the nation during an interview on the Fox News morning program Fox and Friends scheduled to air Tuesday morning.

“I think he is behind it,” Trump said when asked about Obama’s role in the protests. “I also think it’s politics. That’s the way it is.

“No, I think that President Obama is behind it,” Trump said, “because his people are certainly behind it and some of the leaks, possibly come from that group, some of the leaks – which are really very serious leaks because they’re very bad in terms of national security – but I also understand that’s politics. And in terms of him being behind things, that’s politics. And it will probably continue.”

This is, in many ways, the perfect Donald J. Trump Conspiracy Theory.

And this is the Donald J. Trump administration, after all.

END_OF_DOCUMENT_TOKEN_TO_BE_REPLACED

As fun as it might be to pop jokes about the Carolinas, there does come a point where we have to admit something seems more like juvenilia than dangerous hatred. Then again—

Jennifer Mann and Jodi McDaniel have lived together in their small home off Hilltop Farm Road for the past four years without any problems or disparaging remarks from neighbors or anyone else.

“My son was on Google Maps at school when he (searched) ‘street view’ for our address and it said, “Fagits live here,'” Mann said, recalling the incident of about a month ago.

She couldn’t believe it initially, but when she checked Google Maps, the anti-gay slur was there, showing their driveway as the inappropriately named street.

“I just thought, ‘Are you kidding me?'” said Mann, 39. “I tried to contact Google, but I was put on hold forever and ever and ever. This day and time, with people and hate, you just can’t live your life.”

—it probably reads a little differently when you’re the target of such childishness.

For its part, Google has struck the offensive tag and proclaimed its innocence; Kathy Hoglen of Haywood County also removed her department from the suspect list, noting that the driveway has no such registered name and asserting, “Of course we would never have approved anything like that.” And, indeed, with the “democratization” of the internet, the most likely explanation is juvenile idiocy.

And the McDaniel-Mann family seems to be taking that part in stride; despite their disgust the message seems consistent: People need to grow up.