It is true, I am not a lesbian. Nonetheless, the question of Rush Limbaugh as inspiration for anything having to do with … er … ah … right. Anyway, I’m not lesbian. Jennifer Bendery can explain the rest:

But Rush got me thinking: are there lesbians out there who are voting for Trump? I don’t know of any in my lesbian circles in Washington, D.C. I didn’t come across any in July at the Republican National Convention, where I sought out LGBT attendees. I could only find one article that featured an interview with lesbian Trump supporters. 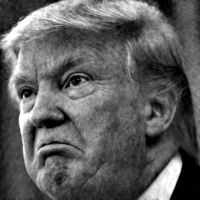 There were two of them. Is that it? Two?

I decided to try to find a Trump-supporting lesbian to see what makes her tick. I hit up about 20 lesbian friends to see if they knew anyone. There’s only so many of us, I figured the six-degrees-of-separation theory would be my greatest asset. Their responses were not helpful.