It looked like a typical Sunday morning at any mega-church. Hundreds packed in for more than an hour of rousing music, an inspirational sermon, a reading and some quiet reflection. The only thing missing was God. 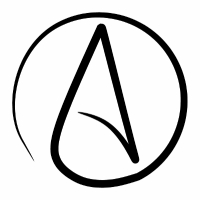 Dozens of gatherings dubbed “atheist mega-churches” by supporters and detractors are springing up around the U.S. after finding success in Great Britain earlier this year. The movement fueled by social media and spearheaded by two prominent British comedians is no joke.

On Sunday, the inaugural Sunday Assembly in Los Angeles attracted more than 400 attendees, all bound by their belief in non-belief. Similar gatherings in San Diego, Nashville, New York and other U.S. cities have drawn hundreds of atheists seeking the camaraderie of a congregation without religion or ritual.

The founders, British duo Sanderson Jones and Pippa Evans, are currently on a tongue-in-cheek “40 Dates, 40 Nights” tour around the U.S. and Australia to drum up donations and help launch dozens of Sunday Assemblies. They hope to raise more than $800,000 that will help atheists launch their pop-up congregations around the world.

So the story goes, Sanderson Jones came up with the idea because, well, why should Christmas carols and other fun stuff be the exclusive province of theists?