This is a candidate for Freudian Slip of the Year:

The former judge condemned the Washington Post story during a campaign speech in Huntsville, Alabama. Earlier, another fellow Republican, Sen. Pat Toomey of Pennsylvania, urged Moore to drop out of the race, saying Moore’s explanations had been inadequate.

In a Huntsville gym, Moore assured supporters that the Post story was “a desperate attempt to stop my political campaign” and that the allegations that he was “involved with a minor child are completely unfalse and untrue and for which they will be sued.”

Once upon a time, there was this short, angry man touring the daytime talk show circuit, cosplaying a Grand Something of the Kaykaykay, and to be honest when he got all worked up he reminded of a skinny, embittered, ranting garden gnome, and then someone would talk back to him and he would really go off, to the point we could not understand the words coming out of his mouth.

Whenever these good ol’ boys get themselves so worked up as to stop making any sense whatsoever, the beady-eyed joke in a robe, the unbelievable stereotype of what it takes to be a supremacist, finds time for a comeback tour. Or maybe Cartman is more accessible; imagine one of these angry, Southern, white supremacists getting so screechy and incomprehensible that you never realized until that moment the South Park character was actually a stereotype and not parody.

In truth, I am uncertain where to begin. Certes, Dr. Carson is not so utterly stupid. This is infamous: How, exactly, do you separate a woman’s body from her person?

And let me preempt even more stupidity, because history suggests quite without grace or subtlety that someone, somewhere, is just itching to try arguing some manner of explanation that Dr. Carson was referring to the zygote or blastocyst or fetus or whatever, so let me simply wonder in advance just how it works for anti-abortion Republicans to declare war against them, and hopefully those inclined to attempt such idiocy will find themselves reasonably forewarned as to why one would have to be dangerously ridiculous in order to try.

And the thing is, conservatives are telling us exactly what the score is. You know, kind of like the time Gov. Scott Walker (R-WI) tried arguing that forcible penetration under law as part of a state-sponsored moral lesson was just a means of helping women to get in on “a cool thing”.

One of the challenges facing the blogosphere is its localization. While the democratizing of the internet does mean that any idiot anywhere with an internet conection can now have a soapboxα, there is also the possibility that nobody who happens to live anywhere else has a clue what you mean. Who else is going to understand the Mudhoney bit with socks and toasters, or why the Soundgarden video with the spoons is so damn hilarious?

Okay, better example: Who the hell else understands David Schmader?β 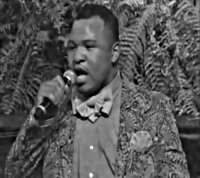 To the other, it is not so cryptic to wonder at the sight of that guy wearing that jacket with that shirt, and that tie and silk square announcing, “I’m not gay no more. I am delivered!”

Which, you know … right. Good for you, dude. Go into business. Jesus the Carpenter would make a killing on closet doors.

But what, you might ask yourself, is the purpose of such a ranting blog post? Well, to the one, in Slog terms, it’s an entertainment thing. The Stranger and its readers seem to enjoy morbid comedy, and, well, inasmuch as queerness just radiates from the clip, even down to the preacher’s attempt to stir revivalist flames while maintaining a dignified, wooden appearance, ranges between queer and downright f’d up. That is, there comes a point where you look at the little pink glans ring on the microphone as the young man comes in(to) the closet ....

Look, Freudian fallacies (and phalluses) pass for comedy vérité of the highest order around here.γ But it is true; there are fewer places in human society that understand The Stranger in general, or David Schmader in particular, than, say, Calvinism.

But this is where the fun really begins, because after the chuckle comes the scary part.

END_OF_DOCUMENT_TOKEN_TO_BE_REPLACED

“I feel very, very sorry for them and I’m glad to know they’re out. At least the process worked, it just took too long.”

At first blush, North Carolina State Speaker of the House Thom Tillis seems to have the right answer, politically speaking, to the inherent question of just what happened the now-infamous case of Henry Lee McCollum and Leon Brown. Mr. McCollum spent thirty years on death row, and his half-brother Leon Brown the same period under a life sentence; as the fact of their innocence echoes from sea to shining sea, the tragic tale is also boosted into the realm of the political circus, courtesy the one and only Justice Scalia:

The exoneration ends decades of legal and political battles over a case that became notorious in North Carolina and received nationwide discussion, vividly reflecting the country’s fractured views of the death penalty.

The two young defendants were prosecuted by Joe Freeman Britt, the 6-foot-6, Bible-quoting district attorney who was later profiled by “60 Minutes” as the country’s “deadliest D.A.” because he sought the death penalty so often.

For death penalty supporters, the horrifying facts of the girl’s rape and murder only emphasized the justice of applying the ultimate penalty. As recently as 2010, the North Carolina Republican Party put Mr. McCollum’s booking photograph on campaign fliers that accused a Democratic candidate of being soft on crime, according to The News & Observer of Raleigh, N.C.

In 1994, when the United States Supreme Court turned down a request to review the case, Justice Antonin Scalia described Mr. McCollum’s crime as so heinous that it would be hard to argue against lethal injection. But Justice Harry A. Blackmun, in a dissent, noted that Mr. McCollum had the mental age of a 9-year-old and that “this factor alone persuades me that the death penalty in this case is unconstitutional.”

It was a spectacular line Scalia uttered; far beneath the dignity of any court in this fair land. Jonathan M. Katz and Erik Eckholm were kind enough to omit it from their New York Times article describing this week’s acquittal of McCollum and Brown, but still manage to make the point, anyway. This was just one of those cases, and in his own, inimitable way, Justice Scalia may well, by the fact of these acquittals, see what was merely crass and inflammatory rhetoric transformed into an icon of his shameful tenure on the Nation’s Highest Court.

But, yes, at first glance, it might seem Tillis has said exactly the right thing. The Devil, of course, is in the details:

Now middle aged, the two brothers have been in prison — one of them on death row — since they were teenagers, wrongfully accused of raping and murdering a child. When ThinkProgress asked Tillis if anything needs to change in light of this case, he said that because they were eventually exonerated, “It’s an example of how we have protections in our judicial system in North Carolina.”

“I feel very, very sorry for them and I’m glad to know they’re out,” he said. “At least the process worked, it just took too long.”

It’s called WYWA. The point is to answer the question you Wish You Were Asked. This is, of course, standard fare, and as much as it might annoy us, it is also true that voters respond affirmatively; if you cannot answer WYWA, you do not stand a chance.

But in this case, Tillis’ answer would seem to leave a certain issue unresolved. If the question is if anything needs to be changed, and the answer is that at least the system worked and an example of how we have protections, then what about how it just took too long?

END_OF_DOCUMENT_TOKEN_TO_BE_REPLACED

Steve Benen gets the dubious honor for Typo of the Day:

“Look, the 1980s were a while ago and the political world has a notoriously short member, but Reagan wasn’t a comic-book character.”

It should be noted that the folks at MSNBC did, in fact, make the necessary correction, and quickly. But, you know … we saw that ….

END_OF_DOCUMENT_TOKEN_TO_BE_REPLACED

Say what you will about the psychopathology of everyday life†, but these are Republicans, after all. Or, more accurately, this is Rep. Paul Ryan. You know, the alleged conservative policy wonk who needs to be taken seriously on budgetary issues? The guy who ran as the GOP’s vice presidential candidate last year?