At some point the question arises why it is that the outburst of perversity we’ve seen in recent years, resulting as such from the advancement of gay rights, actually comes in the form of the conservative, family-values crowd (ahem!) letting it all hang out?

Fayetteville Councilman John La Tour, a tea party member and recipient of Josh Duggars campaign funding, is being accused of threatening to expose himself to a female employee of a city restaurant. People who witnessed the incident say he approached the woman assuming she was transgender and told her that he was man and that could prove it by dropping his pants

Naturally, it’s everyone else’s fault; the Planet Transgender report notes he was in a restaurant where, “The music was overly loud despite his request to lower the volume, so he responded by dancing along with it, he said”. And why does it always start with some version of, “There I was, minding my own business, being oppressed for no reason, so I decided to just go along with it, and hey …”?

La Tour said the incident began during his regular Friday morning stop at Arsaga’s to meet a group of acquaintances. The music was overly loud despite his request to lower the volume, so he responded by dancing along with it, he said. He intended to ask the employee to dance with him but wanted to confirm she was a woman first, La Tour said, citing the ordinance.

“You can declare you’re a man or you’re a woman, whatever you want to,” La Tour said. “I’m not going to ask a man to dance with me.”

END_OF_DOCUMENT_TOKEN_TO_BE_REPLACED

One Million Moms, the vehemently right-wing group known for getting worked up over everything from Toys ‘R’ Us to Oreo Cookies to Chobani yogurt, is back with what could be its most obnoxious conviction yet.

This time, the group is targeting Jazz Jennings, the remarkable transgender teen who has inspired so many through her LGBT advocacy work and TLC series, “I Am Jazz.”

In two separate blog posts, one of which was titled “God doesn’t make mistakes (but humans do),” One Million Moms condemned the team behind “I Am Jazz,” arguing that the show aims “to desensitize America’s youth.”

“The show is attempting to normalize the transgender lifestyle and make it appear OK while using a young cast member to lure a young audience,” officials wrote in the blog.

I am of two minds about this sort of thing. “We don’t follow this group’s logic,” notes HuffPo Gay Voices Senior Editor Curtis M. Wong, “but when have they been logical?”

It is a fair question, but also one that begs recursively. To wit, we might wonder why we should bother attending the antics in this particular psychomoral cesspit when we already know they are both excrementally wrong and nearly entirely ineffective?

END_OF_DOCUMENT_TOKEN_TO_BE_REPLACED

To the one, Curtis M. Wong of Huffington Post brings us the least surprising lede of the day:

The increasingly predictable Pat Robertson has no time for Christians who are accepting of the lesbian, gay, bisexual and transgender (LGBT) community.

To the other, before we complain about taking the new out of news, it is worth pausing to appreciate the detail: 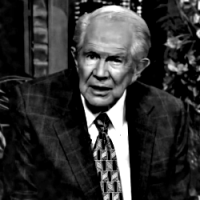 “Watch what happens, love affairs between men and animals are going to be absolutely permitted,” he said. “Polygamy, without question, is going to be permitted, and it will be called a right.”

See, here’s the thing about polygamy: Equal protection does not specifically apply to questions of numbers. To this end, marriage equality ends sex discrimination for individuals entering a certain legal arrangement. Polygamy is a fundamentally different assertion of that legal arrangement; the same legal arguments do not necessarily apply.

Thus we would remind Mr. Robertson that the quickest road to legalized polygamy is in the context of religious freedom.

And, you know, we can only reiterate our dismay, vis à vis bestiality, that Pat Robertson would seem to disregard the question of consent in such relations. This is a problem: We should not be surprised.