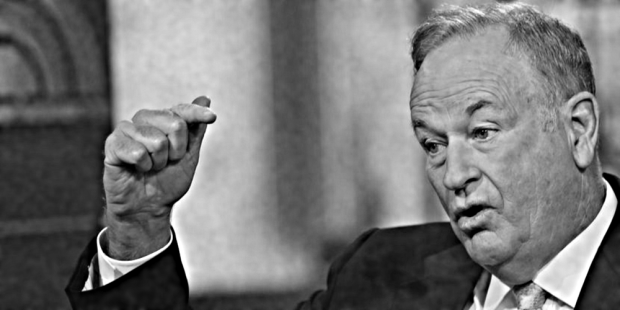 One of the infamous jokes of the nineties was the occasion when President Bill Clinton, back to the wall in a scandal that was itself scandalous for having come about, decided to parse the meaning of the word “is”.

Bill O’Reilly of FOX News is taking so much damage in the rising scandal of just how much he lies that he has resorted to trying to argue what it means “to see”.

While in El Salvador, reporters were shown horrendous images of violence that were never broadcast, including depictions of nuns who were murdered. The mention of the nuns on my program came the day of the Newtown massacre. The segment was about evil and how hard it is for folks to comprehend it. I used the murder nuns as an example of that evil. That’s what I was referring to when I say, ‘I saw nuns get shot in the back of head.’ No one could possibly take that segment as reporting on El Salvador.

This is the latest response from the FOX News host best known for inflammatory lies. But compare his explanation with the statement in question:

Soon after the Sandy Hook massacre in Newtown, O’Reilly spoke on the air about the nature of evil. “I don’t think a lot of people understand,” he said. “My mother, for example, doesn’t understand evil. When I would tell her, ‘Hey, mom, I was in El Salvador and I saw nuns get shot in the back of the head,’ she almost couldn’t process it. She couldn’t process it.”

One strange aspect of O’Reilly’s explanation: By his own standard, his mother likely saw the nuns get shot in the back of the head, too. So did I. So did anyone who was alive and aware enough of the news in December, 1980.

END_OF_DOCUMENT_TOKEN_TO_BE_REPLACED

“Bill O’Reilly’s a phony, there’s no other way to put it.”

Bill O’Reilly has repeatedly claimed he personally “heard” a shotgun blast that killed a figure in the investigation into President John F. Kennedy’s assassination while reporting for a Dallas television station in 1977. O’Reilly’s claim is implausible and contradicted by his former newsroom colleagues who denied the tale in interviews with Media Matters. A police report, contemporaneous reporting, and a congressional investigator who was probing Kennedy’s death further undermine O’Reilly’s story.

‘Cause, you know, like, what, are we supposed to be freakin’ surprised or something?

Right. This is going to go on for a while.

Move over, Brian Williams. You have company.

I mean, we all knew this was coming, right?

No, seriously, name one news anchor you flat-out trust. If you can, I’ll bet it’s a pundit-show host. Or else you attend public broadcasting ....

A matter of inevitability, really, and regardless of how stupid it seems.

But come on. This was going to happen, and we all knew it.