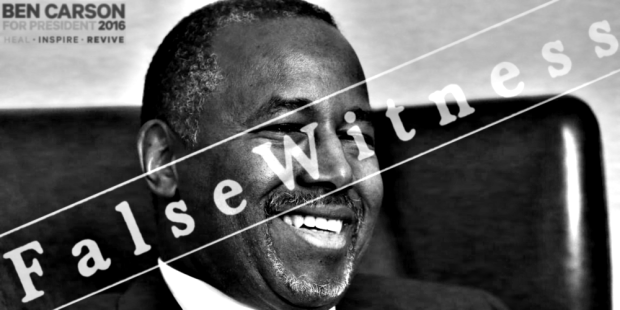 The joke would be to say that Dr. Ben Carson is the gift that keeps on giving, but what if it’s, you know, giving people cancer?

The lede, from Kyle Cheney of Politico:

Ben Carson’s campaign on Friday admitted, in a response to an inquiry from POLITICO, that a central point in his inspirational personal story was fabricated: his application and acceptance into the U.S. Military Academy at West Point.

So it would seem the good doctor, who has spent the years between his fame as a neurosurgeon and his infamy as a presidential candidate hawking books to Seventh-Day Adventist and other churches, lied.

At this point, it’s true, we’re not surprised.