Just an update to a tale out of Utah:

A Utah judge who had ordered a baby girl taken away from her lesbian foster mothers and placed in a heterosexual home removed himself from the case Monday as criticism turned into calls for his impeachment.

Though Judge Scott Johansen had reversed his decision and allowed the 9-month-old baby to stay with the married women recommended by state welfare authorities, there were concerns he could still have the baby removed from their home in Price later on.

April Hoagland and Beckie Peirce asked for the judge to be disqualified, saying that the decision revealed a potential bias that broke the rules of judicial conduct, their lawyer Jim Hunnicutt said.

While Johansen disputed their legal standing to call for his removal, he nevertheless stepped aside nearly a week after the Nov. 10 order criticized by national gay rights groups, the state’s Republican governor and others.

This is a relevant question, I think: For all we might hear our politically conservative neighbors bawl about liberal judicial activism, what would they call a judge who has to make stuff up in order to desperately cling to traditional family values?

Just like we didn’t hear them complaining when the Sixth Circuit decided to arbitrarily recriminalize homosexuality for the purpose of sending a case to the Supreme Court.

Then again, I still recall the cries of liberal judicial activism in Roper v. Simmons, in which the Supreme Court of the United States upheld the decision of one of the most conservative state supreme courts in the country.

A judge getting caught faking it as he goes in order to exercise his right of conscience to deny equal protection in his own courtroom? If that isn’t an example of the sort of judicial activism our conservative neighbors constantly complain about, then … er … well, it would be one thing to say, then it is no longer clear what, exactly, they are complaining about, except, you konw, something about the day ending in -y.

“We all mistakes as humans. We all have our own opinions. Sometimes they come out in the wrong setting. I’m not going to guess as to where it came from. I’m just going to be thankful that he decided to fix it.”

And then it was over.

A Utah lesbian couple said Friday they are relieved after finding out they will be able to keep a baby girl they have been raising as foster parents.

The married couple spoke Friday, hours after a judge reversed his ruling to take the 9-month-old child and place her with a heterosexual couple for her well-being.

“We’re just happy we don’t have to say goodbye to her on Tuesday,” April Hoagland told The Associated Press. “That’s a big relief.”

It feels really weird to say, “Congratulations!” at a time like this, because, well, you know. Seriously, what in the world was this?

A note to the homophobes, supremacists of conscience, or however we might find to say it: No more of this, please. There is exactly no reason to take it out on children.

Image note: Right ― April Hoagland, left, and Beckie Peirce smile during a press conference outside of the Juvenile Court in Price, Utah Friday, Nov. 13, 2015. The married same-sex couple said Friday they are relieved after finding out they will be able to keep a baby girl they have been raising as foster parents. They spoke after a judge reversed his ruling to take the 9-month-old child and place her with a heterosexual couple for her well-being. (Chris Detrick/The Salt Lake Tribune via AP)

For all the complaints we hear from conservatives about judicial activism, what are we to think? Yet for all the jokes we might make about Utah, all eyes turn to the Beehive State. This week a juvenile court judge ignored the will of a birth mother, the recommendations of the state’s Division of Child and Family Services, the office of the Guardian Ad Litem, and, as near as anyone can tell, Utah statute when he ordered a nine month-old removed from the home of certified foster parents April Hoagland and Beckie Peirce because he alleges scientific data that he will not provide demonstrates children will fare better under heterosexual parents.

The State of Utah does not seem inclined to agree, and is fighting back:

Utah state officials are challenging a decision made by a Utah judge to a take a baby away from lesbian foster parents and place her with a heterosexual couple for the child’s well-being.

Utah Division of Child and Family Services officials said Thursday in a statement that they will fight the ruling at the appeals court if Judge Scott Johansen doesn’t rescind his decision.

The state agency said the judge went against its recommendation that the 9-month old baby should stay with April Hoagland and Beckie Peirce, a married couple in Price, Utah.

In his decision, Johansen mentioned research that shows children do better when raised by heterosexual families, state officials said. However, the American Psychological Association has said there’s no scientific basis for believing that gays and lesbians are unfit parents based on sexual orientation.

END_OF_DOCUMENT_TOKEN_TO_BE_REPLACED 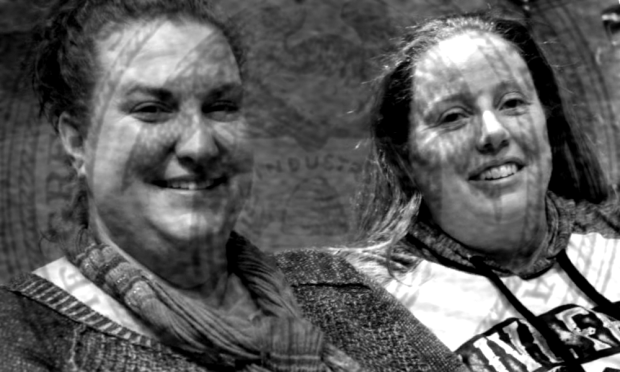 This is a fair question: Why do angry grown-ups take it out on children?

No, really, after all these years of hearing homophobes wailing, “What about the children! Won’t someone please think of the children!” just what are we to think about the astounding temper tantrums in which allegedly responsible, sober adults―judges, legislators, governors, whole churches―aim to harm children in order to make some sort of stupid point? To the one, by the time we get back to Utah, we’re not surprised. To the other―

A married Carbon County couple says they plan to fight a judge’s order that would force them to give up their infant foster daughter simply because they are lesbians.

What? What can I possibly say?