Stanford has the Rose Bowl routine down pat.

The Cardinal are doing it all for the third time in four years — starting with the trips to Disneyland, Lawry’s restaurant in Beverly Hills, the Improv comedy club in Hollywood, followed by media day at a downtown hotel and the team photo at the stadium the day before the game, and culminating with the annual clash between Pac-12 and Big Ten opposition on Jan. 1.

But Stanford players and coaches swore off the idea that any Rose Bowl fatigue has set in.

“Never gets old, I guarantee it,” said defensive line coach Randy Hart, who is participating in his 11th Rose Bowl and 10th as a coach.

“It’s probably a better feeling that you’re a fifth-year senior because you appreciate it more,” defensive back Ronnie Harris said.

Dan Greenspan’s look ahead to the Rose Bowl might beg a question about how one might complain about repeated trips to one of the most prestigious contests in American football.

The answer is actually kind of obvious, but also a bit specialized; one needs to follow college football in general, and the Rose Bowl is of particular interest to the west coast; it’s our bowl game.

The Pacific 12 Conference rarely plays for the national championship, and is generally underappreciated in national rankings. For fans of Pac teams, the Rose Bowl is generally the goal. Certes, teams aim for a national championship, but barring that opportunity, the Tournament of Roses, traditionally a rivalry between the Pacific conference and what has become the Big Tenα, becomes the goal.

Yet in an age when the football discussion includes so much about player conduct, expectations, and privilege, we ought not be surprised to discover some spoiled brats along the way. Or, as Greenspan explains:

Southern California players privately expressed their desire for a change of scenery during a run of four consecutive Rose Bowl appearances from 2006-2009. Oregon running back De’Anthony Thomas and receiver Josh Huff openly lamented the prospect of heading back to Pasadena in 2013 before ceding control of the Pac-12 North to eventual conference champion Stanford.

And in terms of rivalries, we might say what we will about USC, but the Oregon tantrum really was iconic; they lamented merely going to the Rose Bowl, instead of the national championship, and then proceeded to lose again, wrecking even that run and landing themselves in the Alamo Bowl.

And, hey, you know, this is football. Yeah, the rest of us generally seem to have decided to enjoy the schadenfreude, because according to the teaching of our childhoods, De’Anthony Thomas of the Kansas City Chiefs and Josh Huff of the Philadelphia Eagles should not be allowed the honor of playing professional football; the sportsmanship they lacked helped sink their teams, and they desecrate by their mere presence any field they set foot on.

But life goes on, and the marketplace is the marketplace, and these guys are good enough to play pro ball, so they will. In the end, the schadenfreude is pretty much all we have left, remembering the day the pampering of low character finally came back and bit someone properly in the ass.

As for the Stanford Cardinal, we can’t tell you what any one player holds in his heart, but at the very least, if any of them are disappointed by a trip to the Granddaddy of Them All, they are smart enough to keep it to themselves. 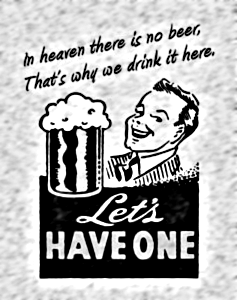 The Iowa Hawkeyes? Welcome back to the Rose Bowl, friends. I personally haven’t had the fan’s honor since 1982, when my hometown Dawgs ground you into the turf. The Pacific conference hasn’t had the privilege in twenty years, since UCLA did the job. On behalf of friends and family in the Stanford community, it will be our pleasure to see the Black and Gold pitched like a tattered doormat.

So, yeah. Welcome back. The glory days of the nineteen-fifties aren’t quite as close to hand as a beer.

Image notes: Top ― Stanford running back Christian McCaffrey breaks another big play against the University of Arizona Wildcats, 3 October 2015, at The Farm in Stanford, California. (Detail of photo by Marcio Jose Sanchez/AP Photo) Left ― Stanford University quarterback Kevin Hogan talks to reporters during the teams media day in Los Angeles on Tuesday, Dec. 29, 2015. Although Stanford is playing in the Rose Bowl for the third time in four years, the weeklong experience doesn’t get old for Hogan and the Cardinal. They also know the importance of leaving Pasadena with a win after losing to Michigan State two years ago. (AP Photo/Nick Ut) Right ― “In Heaven there is no beer; that’s why we drink it here. Let’s have one.” University of Iowa Hawkeyes victory slogan. (No, really. They do it as a polka, though we might doubt the Black and Gold Nation lets a victory get between them and beer.)