This is a grim joke, I admit: Closing schools early in order to underwrite tax breaks for the wealthy is an exercise in building character.

I have a daughter; it is unclear if “character building” has any significance to her generation beyond a Calvin & Hobbes punch line. 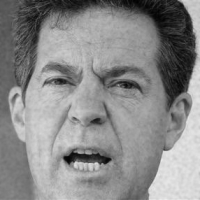 Controversial Republican economist Arthur Laffer was recently asked about his handiwork in Kansas. It was Laffer who crafted Gov. Sam Brownback’s (R) radical – and radically unsuccessful – economic experiment, which has failed to deliver on its promises and which has ruined Kansas’ finances.

“Fine” is a subjective word, though when a state finds that some of its schools don’t have enough money to keep the doors open, it’s safe to say everything isn’t “fine.”

One superintendent told the Topeka Capital-Journal he doesn’t want to permanently change the school calendar, but at least for this year, budget concerns made it necessary to wrap up early.

• Remember that Arthur Laffer is the man who invented the “Laffer Curve” underpinning trickle-down economics, and despite the observable, repeated failures of its application, feels vindicated as an economist because Gov. Brownback won re-election.

• It could be worse; we haven’t yet reached the bit about walking six miles to school in the snow, uphill both ways, with only bread bags for shoes. And that’s the thing; while “the kids these days” might not know the same kind of hardship their grandparents survived, it also seems strange to romanticize that kind of deprivation. Then again, it’s Middle America we’re talking about, and traditional values, so stay tuned. After all, we’ve already heard about how exploiting child labor (ahem!) builds character. (They call it a “training wage”.)

We ought not be surprised that Kansas is now seeking to raise a generation of undereducated, easily-exploited laborers; this is, after all, Laffer territory. Call it a “traditional family value” of “Middle America”.

Moore, Stephen. “Why not boost teen employment with a training wage?”. The Heritage Foundation. 30 June 2014.