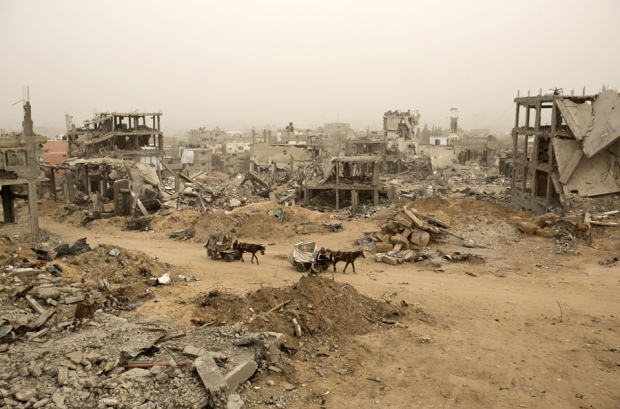 “Palestinians riding donkey-led carts cross through Gaza City’s Shuja’iyya neighborhood during a sandstorm. This neighborhood was among the hardest hit during Israel’s 50-day assault on the Gaza Strip last summer.”

This is how Israel defends itself against the spectre of terrorism.