Here is how great the Affordable Care Act is doing: The Supreme Court is about to hear a challenge to the law, filed on behalf of four Virginia plaintiffs, who claim to have suffered grievous harm by being forced to either buy health coverage or pay a penalty. Lately, reporters have been trying to track down this quartet of pain, and discovered they are: 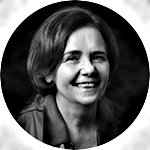 — A 64-year-old limo driver who does not seem to be required to do anything under the Affordable Care Act because the cost of even a very cheap health care plan would be more than 8 percent of his income. (People who have to pay more than 8 percent are allowed to just opt out of the whole program and stay blissfully uninsured.) Also, he’s a Vietnam veteran and thus presumably eligible for free veteran’s health care, making the whole discussion even more irrelevant.

— A 63-year old man in Virginia Beach who would apparently have been eligible for stupendous savings on health insurance under the new law. And who is also a veteran.

— A woman who listed her address as a motel where she hasn’t been staying since late 2013. And wherever she is, she probably wouldn’t have any Obamacare problems because of the 8 percent rule.

— A 64-year-old woman who seemed to have little or no idea what the case was about. “I don’t like the idea of throwing people off their health insurance,” she told Stephanie Mencimer of Mother Jones.

That plaintiff, an anti-gay rights activist, also told Mencimer that because of previous health problems, she faced insurance costs of $1,500 a month, a vastly higher premium than she’d pay under Obamacare. Also, The Wall Street Journal determined that her annual rate of pay as a substitute teacher was so low she, too, should be off the hook because of the 8 percent rule. Also, she’s about to qualify for Medicare.

Comments by some of the plaintiffs did suggest that they experienced serious pain over the fact that Barack Obama is president. “… When he was elected, he got his Muslim people to vote for him, that’s how he won,” one told Facebook.

‘Tis true, on those occasions we mention Ms. Collins, it is likely the setup to an anemic joke. But it’s also one of those things about extraordinary power and responsibility; like many first-tier columnists, she occasionally relies too much on her signature styling to get through. It happens. Big deal. Well, you know, that’s the thing. It’s a bigger deal when you’re a New York Times columnist with national and international syndication than, say, if you happen to be some random blogger out amid the noise and bluster.

Still, though, Collins’ “Ode to Obamacare” is nothing to laugh at. Or sneeze at, come to think of it, though if you do, you’re probably covered. Well, you know, unless you’re suing in order to not have health insurance, or something similarly silly.

Because some days the underlying device is nothing more than a rhetorical fallacy, but on others reality lends mass and gravity. As Collins concludes, “Obamacare is terrific. You can tell by looking at the people who are against it.”

And, yes, we’ll certainly concede that “teriffic” is a term resulting from market demand; it will be a relief when we can get past the part where people argue that not being driven to bankruptcy by illness or injury is somehow a bad thing and move on in order to consider the geunine challenges still facing Americans under the PPACA. Meanwhile, ’tis also true, compared to the useless, made-up horror stories trying to scare people into self-harm, that yeah, Obamacare is pretty terrific.