The story so far … or, not really.

Kurtz’s contention here is that “liberals” have abandoned Cosby because they do not care for his brand of racial respectability politics, while “conservatives” aren’t so sure whether to believe the rape allegations. That’s pretty unkind to “conservatives,” from whom no mass movement has arisen to leave their daughters alone with the doddering former “Cosby Show” star. It’s also unkind to “liberals,” whom Kurtz assumes are rejecting Cosby because of his racial politics rather than because he seems to be a rapist.

Here we have a media critic, Howard Kurtz, who has found inexplicable institutional success despite having no business as a media critic. That is to say, for Kurtz the story is the living organism; the people involved are just organs. A guy who got bent out of shape because he didn’t understand that it was improper to use his job at other institutions to promote his new internet startup. The Howard Kurtz Ethic is nearly entirely mechanical; there is little to no humanity involved.

And one of the most striking things about Cosby’s refusal to comment on a rising tide of rape allegations is that the reactions are breaking down along political lines. Conservatives, who admire the way that Cosby has spoken out against dysfunction and lousy parenting in black families, are skeptical. Liberals, who view themselves as champions of women’s rights, are abandoning him.

So as new questions swirl around America’s dad, the television icon, the guy who broke a racial barrier on prime-time TV, they are also being filtered through a political lens on the African-American superstar who dared take on his own community.

In fairness, liberal resentment of Cosby’s racebaiting has grown over the years; generally speaking, liberals disagree that the solution to all our black-white racist ills in this country is for black people to just whiten up. But that is what it is. We can comfortably argue that disagreeing about how to deal with racism is a far cry from the question of whether or not Bill Cosby is a serial rapist. 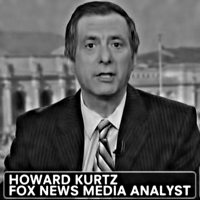 But the confusion is not actually confusion; that is, Kurtz is not confused. Rather, this is just how he sees the story; it can only be about larger labels and not intimate, interpersonal issues. Setting aside the question of how no means yes, or how to get around a woman’s lack of consent, for those of us who are not alleging Bill Cosby raped us, we are witnessing yet another celestial implosion. The star is collapsing under the pressures of its own gravity and makeup.

People get to be confused and disappointed. Look how many of us bucked for O.J.’s innocence, and reveled in the judicial process that led to his acquittal.

In Kurtz’s terms, he is exactly right that conservatives disbelieve women and liberals reject the need for black people to whiten up. But that is all it is; real people who inhabit the lands Kurtz’s fantasy metaphor overlays are not so simple as a demographic generalization.

That lack of any human dimension within the analysis is why Kurtz might seem confused.

Thus we might respond to Mr. Linkins with those three words: Howard Fucking Kurtz. And then we might add two more: FOX News.

The problem isn’t that Kurtz is shallow and useless; rather, it is that we should expect him to be otherwise. And, damn it, cruel vapidity is a God-given American right. It is also FOX News’ core market.

Linkins, Jason. “Howard Kurtz Is Having A Hard Time Figuring Out Why People Might Be Put Off By Bill Cosby”. The Huffington Post. 19 November 2014.