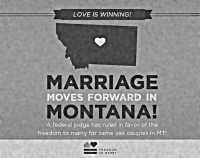 There are a couple reasons why the Sixth might have pushed as far as it did in order to reach its conclusion; neither is particularly attractive:

• Straightforward dualism: The idea of a clean sweep annoys everybody but the hometown fans, and despite the first half of the season running 0-33 for marriage equality, one might regard the post-Windsor decisions as a separate season in order to make the idea more comprehensible: Jesus can’t come home until the Devil has his day. And, no, that isn’t about the notion of an actual Biblical Apocalypse; rather, the idea of letting the Supreme Court duck out on this issue just doesn’t sit right with some, so one might suggest that we might identify within a dialectic of neurosis a sympathy toward traditionalism for no better reason than to prevent marriage equality from blanking the opposition. 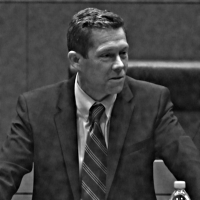 • Fact and opinion: The politics of the decision match a trend in real politics. It starts simply enough: One feels insulted, and thus throws an insult in return, and that latter sees no reason to regard the detail. To wit, we call someone a liar when we catch them lying. But being called a liar tends to insult liars. So the liar returns by calling you an asshole, or a faggot, or a bitch, or something; the idea being that the only relevant detail is the sense of insult. More generally: Matters of opinion are not functional equivalents to relevant facts. In such a circumstance the decision is best explained as pure idiocy, which is hardly an unfair accusation of judges. After all, we might note that idiocy and law degrees are hardly exclusive, and remind that Rep. Michele Bachmann (R-MN06) achieved an LL.M. from William & Mary, which in turn would seem to have nothing whatsoever to do with whatever the hell it is she believes. And just like the New Orleans decision from Judge Feldman (Robicheaux v. Caldwell), it could simply be that magic word, animus guiding the Sixth Circuit decision; the object as such would be to start with a predetermined conclusion and build a decision to meet its needs.

Neither course would speak well of the Sixth Circuit majority, but both derive from observable behavioral tendencies in our society. It is nearly inevitable that this should happen, as we noted last month; though in the same breath we should probably offer Mr. Carpenter a nod, as his assessment that we quoted at the time turned out to be far more correct than ours.α

Still, it is depressing to know that the best argument judges could come up with to reject Article IV of the U.S. Constitution is to continue to treat homosexuality as if it is illegal. To the other, perhaps that is hopeful; it is, after all, the best Judge Sutton could come up with.

In the end, Judge Sutton has written the swan song for traditionalist heterosupremacism; it is a tortured, tortuous opinion, a summary testament for future generations to read through with bewildered amusement at how it could be that people once thought this way.

Dan Savage is right: We’re winning. All of us, all Americans, together.

α We leaned toward the logic of the cases themselves, which in hindsight we should have known was a bad bet against the logic of human irrationality. Dale Carpenter, for his part, simply missed on who landed where, with Sutton and Daughtery trading places.