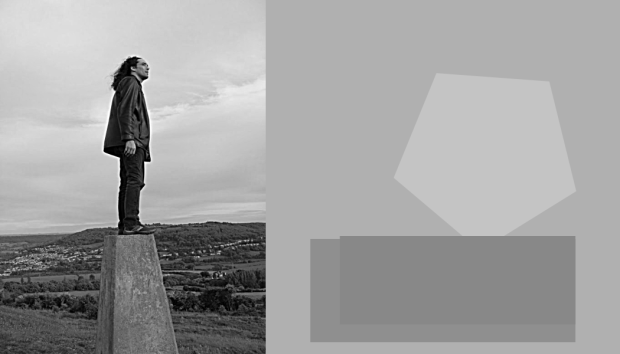 Actually, it is pretty cool.

Please use this amazing thing to send me your modern art pics: simplify.thatsh.it

And so it goes. It’s actually a fun little toy; the caveat is to use large photos with lots of data in them. The generator is rather quite (ahem!) minimalist. For instance, this is a picture of our very own BD at Solsbury Hill—yes, that Solsbury Hill—in 2010. Trust us, the color version wasn’t much … better? more complex? Something. Nothing.

Oh, right. Those of you who haven’t heard Rob’s band, yetα, really need to get with it. No, really, what are you, too hip to be square?

α Or his other band.

Couldn’t see this one coming, could you?

After all, the idea of Republicans changing their mind and complaining that Democrats have been such unfair scoundrels as to agree with or concede to the GOP really isn’t anything new. Still, though, it is the ultimate dodge; even in the twenty-first century, it is uncouth for politicians to look at voters and wonder what the hell is wrong with them.

Cutting federal health and retirement spending has long been at the top of the GOP agenda. But with Republicans in striking distance of winning the Senate, they are suddenly blasting the idea of trimming Social Security benefits.

Or, as Steve Benen of msnbc put it:

Just so we’re clear, what we have here is Republicans condemning Democrats for agreeing with Republicans. When the Washington Post asked Crossroads and the NRCC for comment, neither would defend their campaign messages.

Just so you know, the issues involved here are chained CPI, a method of reducing Social Security payouts by using an more flexible index designed to lower payments, and the Simpson-Bowles budget report, which anyone paying attention to federal politics in recent years knows is something Democrats loathe but are willing to compromise on, and Republicans love but are willing to attack others for.

And if something seems amiss about that, well, sure, to the one, there is. Then again, to the other, if that strangeness is just occurring to you now, you probably haven’t been paying as close of attention as you otherwise would have thought.

Michelle Nunn: I just don’t believe that it’s one party or the other. I think it has to be both sides coming together. And I think we do have a very clear contrast in terms of how we see breaking through that dysfunction. I don’t think it’s about prosecuting the other party; I think it is about problem-solving.

David Perdue: Well, I disagree. I think it is. When you have a failed presidency, you have to prosecute it. Because we deserve better than we’re getting right now. You know, the problem is when, when we look at the direction this country of this country, we’ve got to make a hard right-hand turn. The direction of this country is failing.

Let us skip past the stupid HuffPo headline, the kind that makes Michael McAuliff look like a backwater baby boy pretending to be a reporter, and pause to consider that once again a Republican in the spotlight has reiterated his party’s formula for governance. Remember, with the GOP, there is no compromise:

You know, the problem is when, when we look at the direction this country of this country, we’ve got to make a hard right-hand turn.

What would a hard-right turn mean? More wars, for one thing. Fewer voters qualified under the U.S Constitution being allowed to vote thanks to state-governing Republicans crafting new laws intended to disenfranchise minorities and women. Health care for the health care industry. Less self-determination. More bigotry and hatred. More division in society.

What? Check the policies.

To the other, at least David Perdue is dispensing with the prior formula and not bothering to pretend respect for compromise, or other people for that matter.

Wisdom? Justice? Moderation? What need has he? He’s David Perdue, and he’s a Republican, so none of that means anything.

Green River Community College went into lockdown Monday morning after a threat was made against the school, Auburn police said.

Cmdr. Steve Stocker of the Auburn police said an unknown person made the threat to a faculty member at about 10:15 a.m., saying something to the effect that there was going to be a shooting.

Perhaps a number of factors are coincidental. We do, in our society, have a problem with misogyny that reached a dramatic height at GeekGirlCon earlier this month, when someone issued a bomb threat against the convention; apparently the mixing of females and technology is a mortal offense? And the deadly violence at Marysville-Pilchuck High School seems, ostensibly, to have been about a girl.

But we don’t really know what pushed the GRCC terror threat, and that is important to note.

Yes, we need to address misogyny, but there are also a number of other factors to consider.

The thing is that each part of the issue has a way of spilling over its banks and soaking the others. This sort of overlap causes confusion for many people; indeed, we at This Is have a good friend who is bright and rational and all of those nice things we appreciate about people, but he is by nature incapable of comprehending what guns have to do with anything.

Not that we need to campaign against guns, specifically, but it does make some sort of point to acknowledge that there are people in this world who wonder what guns have to do with mass murder by firearm. It happens. To wit, he says, “Don’t make new laws, enforce the ones we have!” But there are some laws he believes exist everywhere despite observable reality.

And, you know, it might be kind of a low blow, but he also wonders why anyone would ever prosecute someone who negligently shot his own son to death with a handgun he was prohibited by law from carrying. And while that tragedy out of Pennsylvania has seemingly little to do with what has been going on around the Seattle area of late, there is also more there than it seems.

END_OF_DOCUMENT_TOKEN_TO_BE_REPLACED

Americans first learned back on June 24, more than four months ago, about the House Republican plan to file a lawsuit against President Obama. Two weeks later, House Speaker John Boehner (R-Ohio) announced the basis for the case: the GOP would sue to implement an obscure provision of the Affordable Care Act, which Republicans don’t actually want to see implemented.

There is a punch line; the actual complaint still has yet to be filed.

It is simple enough to explain what is going on here.

• Congressional Republicans decided their best strategy was to (A) stonewall President Obama on pretty much everything they could, and (B) combine this effort with an attempt to create a delegitimizing narrative in history—e.g., Birtherism, feet on the desk, what jacket the president is wearing, &c., in addition to the usual politics of working very hard to accomplish an outcome specifically so that one can then complain about that outcome.

• House Republicans might contend this is their only recourse, but that would be a lie. The simple fact is that the House can draft and adopt articles of impeachment at any time, but GOP leadership knows they have nothing.

• Hence, a lawsuit that will go exactly nowhere if it is ever filed; House GOP leadership already knows this.

• What is left, then, is a fundraising device. GOTO delegitimizing narrative. It’s not even a FOR/NEXT loop, but, rather, infinite spinning down the rabbit hole.

• When a Republican or one of those fake-independent conservative libertarians tells you government doesn’t work, remember that is not actually a policy assessment, but, rather, a policy goal—the GOP’s raison d’être.