The headline itself is the lede: “Twitter CFO says a Facebook-style filtered feed is coming, whether you like it or not”. Mathew Ingram brings the detail for GigaOm:

Earlier this year, when Twitter released its quarterly financial results, CEO Dick Costolo was asked whether the platform would ever implement a Facebook-style filtering algorithm, he hedged his answer by saying he wouldn’t “rule it out.” According to some recent comments from chief financial officer Anthony Noto, however, the company is doing a lot more than not ruling it out—it sounds like a done deal. And while that might help improve engagement with new users, it could increase the dissatisfaction some older users feel with the service.

The bottom line is simple enough; it’s just something that consumers need to remember to translate. Kind of like conversing in a foreign language, it gets easier with practice, until one day it occurs that we aren’t translating anymore, but simply thinking and processing in the form of that given language. 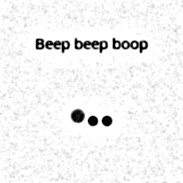 For end users of software technologies, what this means is that absolutely no change billed as improving our user experiences should be trusted. To wit, bloggers sometimes wonder why their hosting service deliberately tanks the user experience while telling us it is “easier” and “improved”. That is to say, these companies are welcome to make whatever changes they want, but every time they say they’re doing this for consumer benefit? No, really, it’s one thing to add a bunch of extraneous Flash layers, so that a company can feel hip for saying, “Beep-beep-boop!” but it really is hard to say that a slower, more bloated interface constitutes an easier, improved experience.

For Twitter’s part? Well, according to Ingram’s report, the thing is that Twitter appears to be deciding for their users what constitutes an improved experience. The users themselves would seem to feel differently:

This might seem like a small thing, similar to Twitter’s move to insert tweets that other people have favorited into a user’s stream if there aren’t any recent tweets to show them. But as the controversy over that feature shows, the Twitter chronological-order model is at the core of what the service offers for many users—and a number of them have specifically said it is the thing they like most about Twitter when compared to Facebook.

The most recent example of how stark the differences can be between a filtered feed and an unfiltered one was the unrest in Ferguson, Mo. and how that showed up so dramatically on Twitter but was barely present for most users of Facebook. As sociologist Zeynep Tufekci noted, that kind of filtering has social consequences—and journalism professor Emily Bell pointed out that doing this makes Facebook and Twitter into information gatekeepers in much the same way newspapers used to be.

The impetus for Twitter to filter is obvious: the service needs to show growth in both number of users and engagement in order to satisfy investors, and finding relevant content as a new user can be a challenge, which is why the company recently updated its so-called “on-boarding” process.

And therein we find our answer: The changes are to “improve the relevance” of Twitter to its investors.

It would be one thing if these changes were simply the way things go. But for Twitter and other providers to turn around and piss on their users like that? Lying to them? Trying to pretend users are that important to the company when, in reality, they’re nothing more than numbers whose relevance must be justified to investors? Yeah, we get the part about justifying company relevance to its investors, but that still begs the question: Why lie about it?

Anthony Noto? Daniel Graf? Dick Costolo? We’re looking in your direction. Why are you lying?

Ingram, Daniel. “Twitter CFO says a Facebook-style filtered feed is coming, whether you like it or not”. GigaOm. 4 September 2014.