Okay, there must be something I’m missing: 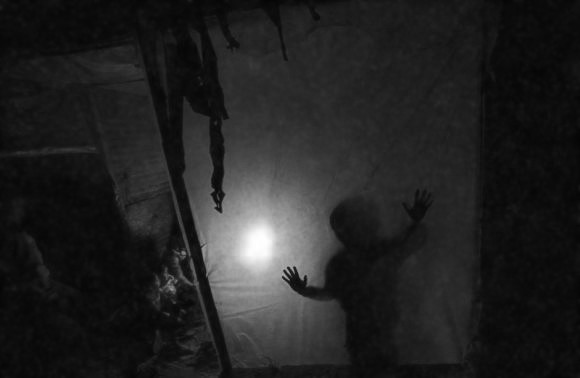 Seven years into an Israeli blockade and ten months into a crippling Egyptian one, Gaza’s economic growth has evaporated and unemployment soared to almost 40 percent by the end of 2013.

Opposition to the Hamas militant group which runs the Gaza Strip has led its neighbors to quarantine the enclave, shutting residents out of the struggling Mideast peace process and leaving them with plenty of parties to blame.

Living on U.N. handouts of rice, flour, canned meat and sunflower oil, with limited access to proper health care or clean water, families like the Mustafas – seemingly permanent refugees from ancestral lands now part of Israel – have no money, no jobs and no hope.

“We’re drowning … We feel like the whole world is on top of us. I turn on the television and I see the lifestyles on there, and I think, God help me leave this place,” said Tareq, 22.

The Mustafas often must pick up and move when rain floods their low-lying home – even on a sunny day, it’s lined with slick, smelly mildew. They stand in the dark, as 12-hour power cuts are now the norm throughout Gaza due to scant fuel.

“There’s no money for university or to get married. There’s not even enough to spend outside the house so we can escape a little. What kind of life is this?” Tareq asks.

Well over half of Gaza residents receive food from the United Nations, and the number is on the rise.

To the one, it seems like an obvious question. To the other, let us set aside the usual rhetoric about who must or is allowed to protect themselves from whom and why. It really does seem like a straightforward question:

What is this supposed to accomplish?

No, really. What? What do people expect will happen? Are Palestinians supposed to turn on each other, with the “good” ones falling to their knees and begging Israeli and international forgiveness for ever daring to not be eternally grateful?

Seriously, what is this supposed to accomplish? What do advocates of this atrocity really think it will do? What are they hoping to gain? How does these policies promote security or peace?

Seems pretty straightforward. The dearth of good ideas is its own, and does nothing to justify the execution of bad ones.

Browning, Noah and Nidal Al-Mughrabi. “Cut off from the world, Gazans consumed by poverty”. Reuters. April 17, 2014.