While the situation regarding New Jersey Governor Chris Christie and the George Washington Bridge raises a host of questions, one might reasonably wonder at the processes by which we might ask, with a straight face, if this can be blamed on President Obama. Or, as Maureen Dowd would have it: 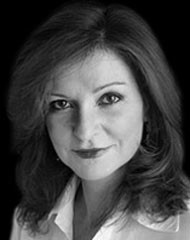 The governor was a beneficiary of America’s desperate hunger for genuine leadership. You can blame Obama for the Christie tulip craze. The president has been so wan, he confused people into thinking that bluster was clarity. In a climate with no leadership, the bully looks like a man. If you’ve only been drinking water, Red Bull tastes like whiskey.

Obama’s ethereal insipidity made Christie’s meaty pugilism attractive; Obama’s insistence on the cerebral made voters long for the visceral, even the gracelessly visceral.

When all you have is leading from behind, there’s a place in your heart for in-your-face.

Chris Christie is either a crook or one of the most incompetent political bosses in the history of New Jersey’s incompetent, crooked political bosses, and the important question here is how it’s President Obama’s fault that … er … ah … right. That, well, something-something? That is to say, if Dowd isn’t trying to make the case that Americans are stupid and it’s President Obama’s fault that predatory politicians like Christie can play them, then what the hell is she on about?

It might be well enough to simply note that, “Americans are so disgusted by political polarization that the minute Christie hugged Obama, he seemed like a white knight”, or that we, “can blame Obama for the Christie tulip craze”, but, well, we can similarly argue that the reason beers like Budweiser and Miller are popular is that the ethereal insipidity of something like Deschutes Bachelor Bitter or Boundary Bay IPA from the cask has forced—brutally forced, I tells ya!—good and thoughtful beer drinkers to resort to such swill as to question whether or not the stuff is even beer.

No, seriously. Ms. Dowd might as well argue that it is somehow the fault of, say, Laurelwood, that Budweiser even exists.